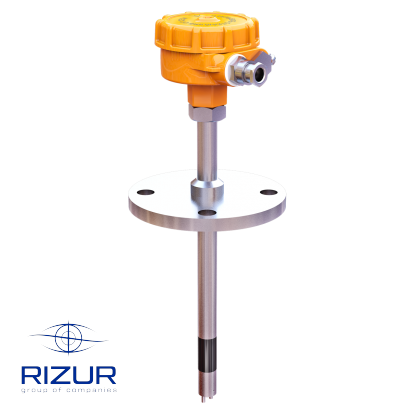 RIZUR-200 - an explosion-proof level and flow switch designed for measuring and control of flow and level, temperature changes and interface level of the measured liquid. RIZUR-200 is used in liquid and gaseous media in the process units of different configuration on equipment of chemical, metal, food, oil&gas, electric power, and fuel branches of the industry. RIZUR-200 switches are modern devices that combine safety and quality, while being multi-functioning and based on differential thermal method.

Intended use and field of application

NPO RIZUR operating resources allow to conduct the whole range of actions on manufacture and realization of explosion-proof level switches RIZUR-200: design, manufacture, assembling, packing, delivery. Each production step is controlled by the company’s quality division. The switches are manufactured in accordance with the requirements of the regulatory documents, created in the company, have all the necessary certification and comply with the international standards ISO 9001. It’s possible to manufacture standard versions of the devices, as well as customized ones, based on the customer’s technical requirements and general assembly drawings.

Level and flow switch RIZUR-201 (Ex) consists of a relay and temperature sensor (hereinafter sensor (Ex)) and a secondary device.

RIZUR-202(Ex) – a multi-purpose level and flow switch that consists of a monobloc unit that connects the probe and the housing to the electronic module.

The secondary device with an output intrinsically safe circuit “ia” is used for installation in the non-hazardous areas of inside and outside facilities and complies with the requirements of GOST R 51330.1099.

RIZUR-200 with functions of level and flow switch

The basis of RIZUR-201(Ex) and RIZUR-202(Ex)work is a differential thermal method that involves the measured value is compared to a homogeneous quantity and the difference between them is measured. This helps to control level and speed of the liquid or gas flow.

RIZUR-200 with a function of a thermometer

RIZUR-200 with a function of a media interface level sensor

The length of the immersed part of the sensor depends on the peculiarities of the installation and is chosen at order time (can vary from 50mm to 3000mm).

Examples of conditions influencing the length:

·        for flow speed control, the length depends on the following conditions: the probe should be located at a distance equal to the ¼ of the inside diameter of the pipe which is measured starting from the wall

Switches can perform several types of control, depending on the operating mode chosen by the customer.

Liquid control by one channel and simultaneous movement control (e.g. mixing) by another channel.

Flow speed control by one channel (one limit value).

With types of control in 1-5 paragraphs the reaching of the set points is triggers LED indicators on a secondary device and a turn-on of the corresponding output relay. 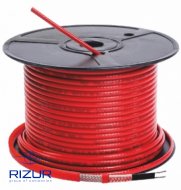 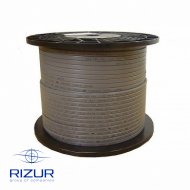 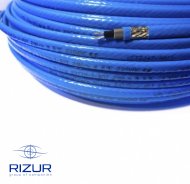 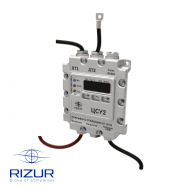 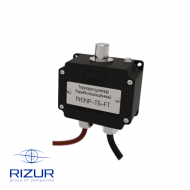 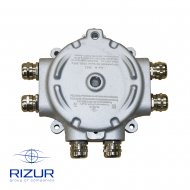 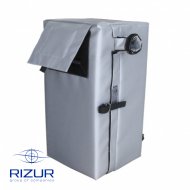 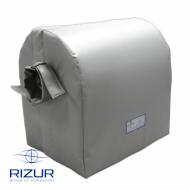 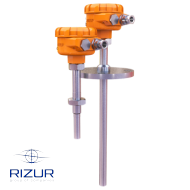 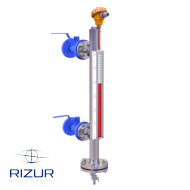